Google’s incredible capacity to “search and sort” draws people from all over the world to its search engine and other services, including movies, maps, email, and calendars. And it appears that all of these luxuries are available to the general public for free.

Instead of paying for all of these benefits directly, users are forced to submit to advertising. This “aggregate and advertise” technique only works for so long. Then there’s the entire security issue since the Internet firewalls that protect all of these passwords and personal data are becoming increasingly ineffective.

Google has created a massive storehouse of data – a digital representation of the real world. Starting with the internet, books, languages, maps, and even faces have been added to the mix. The issue is that, because Google wants access to all information, any privacy is incompatible with its business model.

Advertising accounts for 95 percent of the company’s revenue. So, in essence, you’re paying them with your attention and time. Nobody wants to be bombarded with obnoxious advertisements. Google has grown remarkably deceptive in its use of sponsored links at the top of search results.

Rise of bitcoins and blockchain technology

In the book Life After Google, the author has explained the concept of cryptocom.

Personal data is decentralized from any universal and targetable central hub in this scenario. Instead, it is held by each and every one of us. A public and a private key are assigned to each online account user. A public key is used to encrypt every message that is transmitted to a user. It can only be decrypted with their private key, therefore it can only be read by them. Their response employs their private key once more, resulting in a unique digital signature that verifies their identity. This produces a “block” in the crypto realm, which records all of the information about the most recent bitcoin transactions. It also contains a timestamp, which indicates when the block was created.

Moreover, in the book Life After Google, the author has described Satoshi Nakamoto’s vision for bitcoin and how it appeared to be flawed. Bitcoin can’t become a standard because it’s already a token of exchange. Due to its fixed supply, it doesn’t have the ability to react to demand changes, except for wild fluctuation in its value.

For approximately two hundred years governments worldwide guaranteed their currencies against the value of gold. Satoshi Nakamoto tried to fix this after the 2008 financial crisis, wanting to make bitcoin the new and improved gold standard. He devised a mining method, making the algorithmic problem of creating blocks and the accompanying bitcoin more difficult to solve.

Nakamoto sought to counteract the increase in computing power. He also set a limit of 21 million bitcoins for the entire supply, halving the amount that may be mined every year. Over time, he planned to establish a stable supply of bitcoins, allowing it to serve as a new gold standard. Bitcoin can’t become a standard, according to economic blogger Mike Kendall, because it’s already a token of exchange.

Who would I recommend Life After Google summary to?

It is recommended to the tech geeks who love reading about complex technology and technical stuff. Moreover, people who have an interest in bitcoins mining should give it a read. 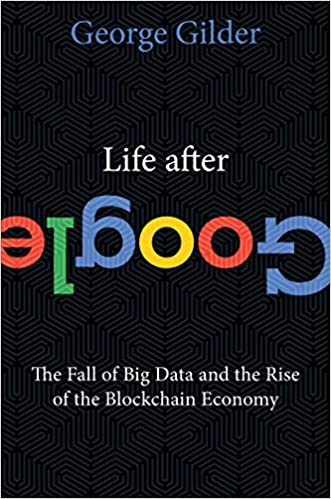