The ideas put forth by Rousseau in The Social Contract have shaped the way modern Western democracies function. His belief that the state should represent the will of the people has come to fruition in most democratic nations. Even though there are still some areas where improvement is needed, overall, Rousseau’s vision for democracy has been realized.

Rousseau believed that for the state to be legitimate, it must have the consent of the people. He saw the state as an institution that exists to protect the rights of its citizens, and not as a tool for oppression. This is a fundamental principle of modern democracy. Rousseau also believed that everyone should have a say in how their government is run. This concept is known as political participation, and it is another cornerstone of modern democracies.

Rousseau’s ideas were revolutionary for his time, and they continue to be influential today. The Social Contract is still one of the most important political texts ever written. It remains relevant in our modern world.

Rousseau’s philosophy is based on the idea that man is born free, but everywhere he is in chains. Those chains are society, government, and laws. According to Rousseau, we give up our freedom when we enter into society because we need to follow the rules of that society to live peacefully with others. While this may seem like a small price to pay for living in a civilized society, it does come at the cost of our liberties.

Rousseau believes that the state should be based on the general will of the people. This does not mean that everyone in the state must agree with all of its laws and policies. Rather that they have generally accepted them as legitimate and do not actively seek to overthrow them. He thinks that people are naturally good, and it is only when they live in societies where they are not free to do what they want that they become corrupted. In his view, the state should protect the freedom of its citizens. The state should allow them to lead happy and fulfilling lives.

It’s no wonder then that many people feel like they are caged in, unable to break free from the invisible chains that bind them. Yes, we have laws that protect our rights and give us freedoms. But in practice, these laws are often bent or broken in favor of those with power and money. We see this happen time and again. Whether it’s in the way corporations are allowed to operate without accountability, or how the rich can skirt the law while the poor are imprisoned for crimes they didn’t commit. It’s clear that we still have a long way to go before everyone is truly free and equal in society. But hopefully, by continuing to fight for our rights and speaking out against injustice, we can one day make that dream a reality.

Rousseau’s idea of the general will is that it is the will of the people as a whole, rather than just the sum of individual wills. It is an abstract concept and one that is difficult to put into practice. In theory, it means that everyone in society agrees on what is best for society as a whole, and they are willing to work together to achieve it. In practice, however, it is often difficult to get people to agree on what is best for society, let alone get them to work together to achieve it.

In other words, the state is legitimate only when it is based on the consent of the people. This means that rulers must rule by the will of the people, as expressed through democratically elected representatives. Otherwise, they are not legitimate rulers. The state exists to serve the people and not the other way around. This is a radical idea at the time and one that is still controversial today.

The sovereign is the one who makes the laws, while the government is in charge of executing them. This separation of powers prevents any one individual or group from having too much power and abusing it. The problem with popular assemblies is that they tend to be easily influenced by special interests. This can lead to the passing of laws that benefit a small group at the expense of the general public. Assemblies can also be swayed by emotional appeals and rhetoric, rather than reason and logic. This can result in bad decisions being made that are not in the best interests of the state as a whole.

In most cases, the people elect a government to represent their interests and carry out their will. The government consists of officials who exercise power on behalf of the sovereign. In a legitimate state, there is a balance of power between the sovereign and the government. This balance ensures that the state can function properly and that the rights of its citizens are protected.

“Every man having been born free and master of himself, no one else may under any pretext whatever subject him without his consent. To assert that the son of a slave is born a slave is to assert that he is not born a man.” -Jean-Jacques Rousseau

“…in respect of riches, no citizen shall ever be wealthy enough to buy another, and none poor enough to be forced to sell himself.” –Jean-Jacques Rousseau

The Social Contract, written by Jean-Jacques Rousseau in 1762, is one of the most influential political books ever written.   In it, Rousseau lays out his theory of the social contract, which holds that government is a necessary evil and that citizens must surrender some of their freedoms to preserve others. Highly Recommended.

To Whom Would I Recommend The Social Contract Summary? 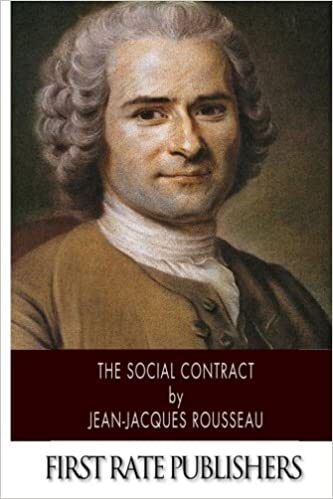