Thinking of starting a new venture? Cannot decide what product to work on? Who should be on your time? How much time does it take for the profits to roll in? How can you discard the competition? These are a few of the many concerns you might have. Zero to one Summary will answer all of these queries. Zero to One is based on the notes from Peter Thiel’s course at Stanford University. So if you want to learn how your start-up can go from zero to one without leaving for Stanford, this is your chance. Building a successful start-up is like building a monopoly. You need to create something innovative in both to be successful. Zero to One summary will teach you what you should and should not do if you want your start-up to flourish.

Zero to One Summary Key Points

Think About the Future

If the inventions of the past constantly engulf you, your mind will get into the habit of producing ideas like those too. The person who will be successful in the future will not make the first plane; he will not be the next Larry page-making search engine or the next Mark Zuckerberg making social media. If you want to own a successful business like these people, you want to think ahead of time. Not what people need or what they want. What will the world require or desire after ten years? Expand your existing ideas.

If your thinking is inclined towards horizontal progress, you will think of the improved versions of the things that already exist, but to take the whole market by storm, you need to think about vertical progress. Yes, you guessed it right. Something new and innovative. Something that speaks, ‘ zero to one.’ Something that did not even exist by now has some value.

Think, Decide and Move on to the Next Step

Achieving vertical success and forming an idea that had never existed before is hard. According to Blake Masters and Peter Thiel, many people get stuck at this stage and spend too much time thinking and overthinking. You need to see your product from the perspective of the future. Place it in front of your future self from a few years now and make sure that the idea still sounds innovative after all these years.

After this, stop spending too much time thinking about your idea. You have decided on one idea and one product. The next step is not to doubt it. Startups need a lot of time, commitment, and, most importantly, energy. So, you need to invest all of your efforts in making the start-up work, not doubting your original idea repeatedly.

If you are just starting, you need to lower your expectations of earning profits. Many successful companies like PayPal and Amazon did not profit in the starting years. If your start-up is vertical, but it is not producing money yet do not be disheartened. The value of a start-up is determined by the amount of money it can create in a lifespan, not just a day or year.

Blake Masters and Peter Thiel advise the start-up owners to have patience with profits and focus on one niche. Take the example of Amazon. It was built to sell and buy multiple products, but it did not consider all the products at first.  Amazon only sold books until it could become a stable platform. After having conquered the book market, the company moved on to other products like videos and CDs

A Culture is what Takes a Startup from Zero to One

As a start-up owner, you would focus on hiring people with great skills. Typically, a start-up has only a few people associated with it, each of which plays a very important role. The authors advise you to consider the personality of the people you hire. This may sound absurd but remember that you can only hire a few people. You want a strong team that can work together in the future.

Consider hiring people who are easy to get along with. People who have strong connections with other people in the market.  As a founder, you must bring these people together under one mission. Make sure there are no differences and that everyone trusts one another. It is more about creating a family for everyone rather than just handing out bonuses and having a team with weak relationships with their acquaintances.

Zero to One Quotes

“The most valuable businesses of coming decades will be built by entrepreneurs who seek to empower people rather than try to make them obsolete.” –Peter Thiel

“In the most dysfunctional organizations, signalling that work is being done becomes a better strategy for career advancement than actually doing work (if this describes your company, you should quit now).” –Peter Thiel

Zero to One Summary Review

Who is better to learn about running a successful business than Peter Thiel the co-founder of PayPal and one of the investors of Facebook? This book has some amazing insights you will not find in other business-related books.

To Whom I Would Recommend Zero to One Summary 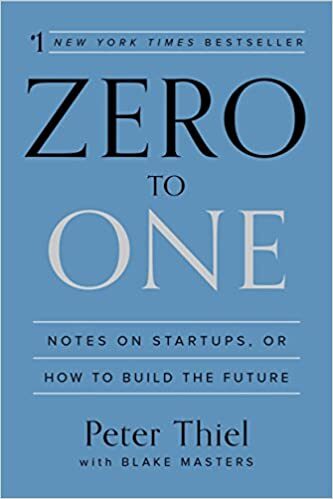